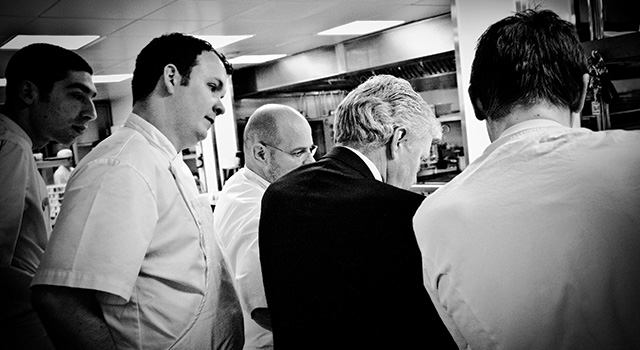 When Paris-born restaurateur Patrick Guilbaud arrived in Dublin in 1981 with the intention of bringing fine dining to Dublin, he knew he would need a good team behind him. Executive chef Guillaume Lebrun who trained at the prestigious traiteur Lenôtre has been there from the very start; Restaurant manager, Stéphane Robin arrived a few years later to make up the triumvirate. They are supported by an exceptional team of 40.

If you think you have what it takes to join our team, email your CV to Stéphane Robin at info@restaurantpatrickguilbaud.ie